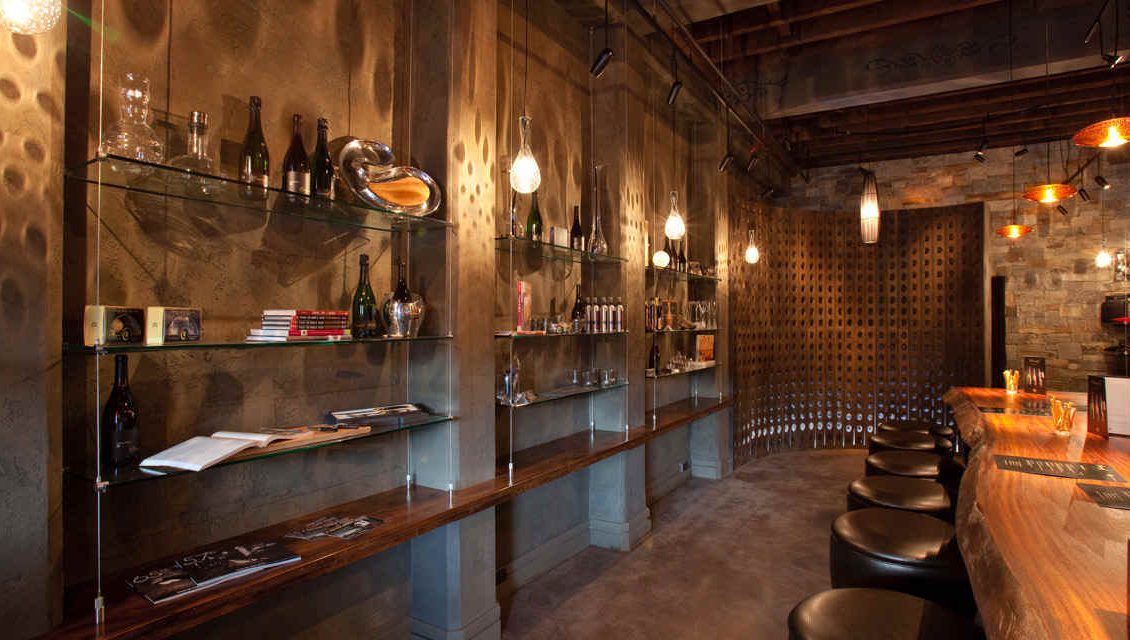 Online sales are up and federal aid could help, but one report estimated $400 million in coronavirus-related losses for U.S. wineries last month

As winery tasting rooms across the U.S. face a third week of closure to the public to reduce the spread of COVID-19, vintners are adjusting to what may be a new normal for another long month. Hosting visitors is at the core of a winery’s identity, and often a substantial source of revenue—more than a third of sales for many small wineries.

California’s shelter in place order is set to last until at least May 3 in many counties, including Sonoma, while Washington Gov. Jay Inslee has extended the state’s “Stay Home, Stay Healthy” order until May 4. Small wineries that rely on tourism for sales will be closed for the start of the tourist season.

Data from a survey by Wine America on the effects mandated closures have had on employment, production, tourism and sales exposed frightening results. More than 1,000 wineries in 49 states responded to the survey (approximately 10 percent of U.S. wineries). They reported nearly 5,000 layoffs and $40 million in total financial loss in March. The average winery reported a 63 percent decrease in sales. Extrapolated out to cover the entire industry, that’s a potential $400 million loss in one month. Still, 80 percent of the surveyed wineries have continued winemaking operations.

“In 40 years in this business, we’ve been hit with wildfires, earthquakes, floods, economic downturns and bugs that threatened to wipe out the vineyards. This feels like getting hit by all those things at the same time,” Napa Valley’s Doug Shafer of Shafer Vineyards told Wine Spectator.

Efforts to stimulate wine buying, including virtual tastings and discounted shipping, have led to a surge in online sales and have softened the blow, but vintners like Shafer are unsure how long that can continue. “It seems that popping corks is playing a big role in sheltering-in-place,” he said. “I don’t know what things will look like in two or three more weeks.”

Wine lovers will be happy to know that even if they can’t visit, production hasn’t slowed. “The life of a farmer doesn’t slow down in times like this,” said Lisa Mattson, director of marketing and communications for Jordan Winery in Sonoma. “The grapevines don’t stop growing, and the cows still need to be fed.”

Shafer echoed that. “If you only spent time in the vineyard, you’d never know anything unusual was happening,” he said, noting that they just finished pruning and budbreak has begun. In the cellar, most vintners reported working with limited crews but needing to keep up with topping barrels, blending, and or emptying tanks and barrels for bottling and to prepare for the next harvest.

Wineries are following CDC guidelines to ensure the safety of their staff. Washington’s Quilceda Creek has enacted safety protocols to try to limit their staff to five people total working in their office, in the cellar and shipping wines. Scott Lloyd, general manager, has created a rotating schedule so one group of employees will work at home for a week while the other works at the winery. “We’re not planning any layoffs,” he told Wine Spectator.

Despite the plunge in in-person sales opportunities, many wineries reported active online buyers taking advantage of discounted wine and shipping costs. “Retail and off-premise are enjoying a double-digit surge as people stock their cellars,” said Christopher O’Gorman, director of communications for Sonoma’s Rodney Strong. He noted that only about 5 percent of the winery’s business is direct-to-consumer and that they are not aggressively seeking online and telephone sales, preferring to leave room for the smaller, family-owned businesses that need those customers to survive.

Winemaker Cody Wright of Purple Hands in Oregon, is trying to keep his online sales strong with special wine offers such as verticals and wine club releases. “It’s been working well enough to bring in a general amount of revenue to keep everyone employed,” he said of his staff. “Every penny always counts for us.”

“Club retention is important to us and to most wineries,” said Joe Stark, founder of Colene Clemens in the Chehalem Mountains appellation. The winery’s tasting room is open for customers to pick up wines. “In the last two or three weeks we have seen steady if not dynamic purchase of our wines both at the winery and online.”

In Paso Robles, Jordan Fiorentini, winemaker for Epoch said the winery’s owners, Bill and Liz Armstrong, refuse to let go any employees. “They told us ‘It’s no one’s fault that we are in this situation’,” she said, noting that the Armstrongs are taking the long view, and want to make sure Epoch can pick up where it left off with their same staff once all of this settles.

For wineries hoping to keep their entire team intact, some hospitality staff members have been able to take on other tasks. Others are working reduced hours. Most are temporarily filing for unemployment benefits. Markus Bokisch of Lodi’s Bokisch Vineyards lamented that he’s temporarily laid off all of his part-time tasting room staff, as well as his full-time tasting room supervisor. “Many hours have been spent brainstorming what we can do.”

As the numbers from the Wine America’ survey indicated, finances are growing dire, particularly for smaller wineries. It’s not just tasting room sales that are hurting. The restaurant channel many depend on is getting decimated.

“Sixty percent of all of my wine sales are in restaurants,” said Dan Petroski of Massican. Petroski said he’s releasing his spring allocation this week and is optimistic, but worries that if restaurants remain closed, he won’t be able to generate enough cash flow to pay for grapes or other winemaking supplies. “It feels a little like being in quicksand at the moment,” he lamented.

“For us, it’s definitely having a big impact,” said Fiorentini, citing that minimal distribution and two mailing list offerings per year means that tasting room sales are imperative. “It’s harder to compete in an online setting, but I’m hoping we’ll see an uptick.”

While many winemakers are offering flash sales and discounted shipping, some are concerned that discounting their wines could impacts the image of their brands. Wright says it can take years for a winery to achieve recognition. “If we discount super heavily it could hurt our brand in the long run,” he said.

Dan Petroski of Larkmead and Massican continues his work in the cellar but worries about sales. (Photo by Jimmy Hayes)

Josh Bergström of Bergström wines in the Willamette Valley believes that wine drinkers are looking for more than just a value and are still interested in a winery’s story and authenticity. Bergstrom has been personally calling his club members and says sales are very good considering the situation. “As small business owners we are cash flow dependent,” said Bergström. He says his winery is a 70 percent direct to consumer business. The other 30 percent of his sales are heavily reliant on fine restaurants around the world.

While restaurant closures are impacting wine sales, states such as Washington and California are now allowing bars and restaurants to sell wine and liquor for pickup and delivery. Jay Soloff, president and co-founder of DeLille Cellars in Washington, says that has opened up new avenues for retail in addition to grocery stores and markets such as Costco. “Those retailers have become extremely important for us,” he said.

Help on the way?

Confronting overwhelming losses, some wineries are also coping with a lack of support from insurance. Most “business interruption insurance” policies don’t cover pandemic viruses, and won’t be able to offer any monetary relief. Others have their eye on the CARES Act, the recently passed $2 trillion federal stimulus bill, hoping that it would offer some aid, or at least provide some guidance as to what their next step should be.

Under the relief plan, affected businesses are eligible for low-interest loans—with a portion of the loan used to maintain payroll forgiven. However, some suspect the stimulus loans may take a while to trickle down and wonder if it will be enough. These loans will be made by private banks, which is typically a faster way to get money to a business, but if it takes too much time, some businesses risk permanently closing while waiting for cash. (Today was the first day businesses were able to apply, but many banks announced that they would not be ready to issue loans because Treasury department rules were unclear.)

How much money can they get? Businesses will be allowed to borrow up to two-and-a-half times the amount of their monthly payroll, which they can redistribute to cover essential costs. But for many, that only covers a few months, and the accumulated losses may be too much to endure. Furthermore, the loans are first-come, first-serve.

Many vintners are still unsure how the act will help them. “We don’t know about these loans yet,” said Wright. For now he is hunkering down and trying to weather the shelter in place as best as he can. “Hold tight, hold strong, hold fast and wait for the storm to blow over.”

Vintners understand that the longer shelter-in-place orders last, the more significant toll it will take, and that novelties such as virtual tastings to boost customer interaction and sales may inevitably wear off.

“The ramifications of this could echo for a very long time,” said Bergström, who believes that this is a make it or break it moment for small businesses across the country. “Our goal is to be there for [wine drinkers] when this is all over.” 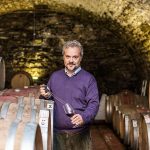 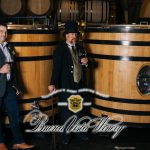 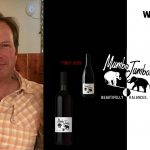 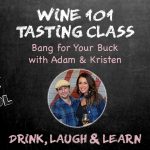 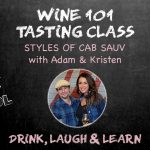 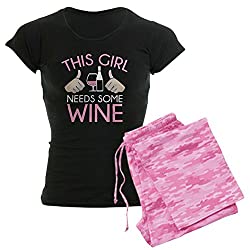 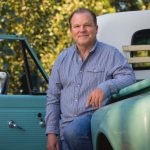 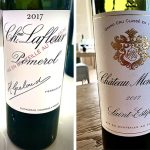 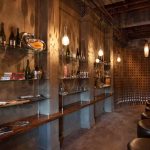